Always the bridesmaid, never the bride…
Nine times in the last ten years my brave little songs have fought their way through to the finals of songwriting competitions, only to be vanquished in that last, desperate battle. Two of them ran away to find their fortunes elsewhere. The others languished, licking their wounds, forgotten until I stumbled across their secret lairs. Gently, painstakingly, I coaxed their downcast demos back into the home studio, smartened them up a little, and now I send them out into the world with much love and not a little trepidation.

All instruments, recording, and mixing by Dean Lombard. Mastered by Adam Dempsey at Deluxe Mastering 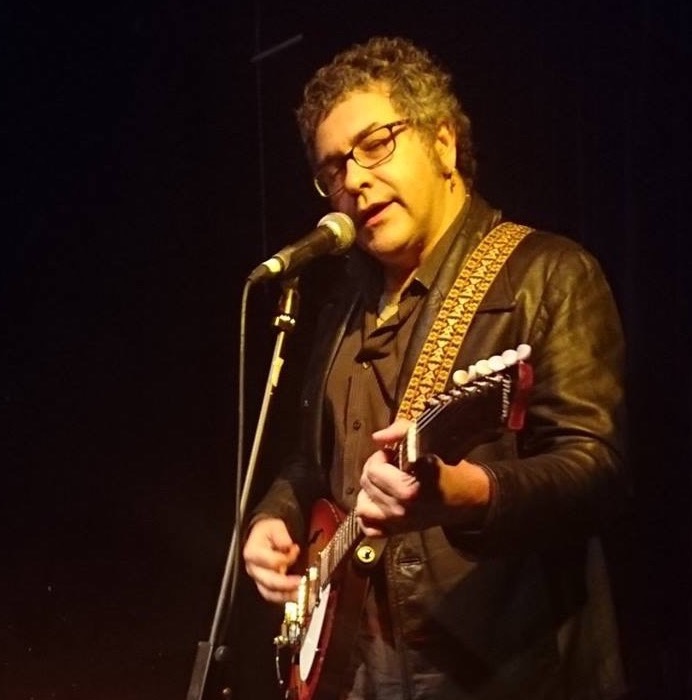 (Semi-finalist, Darebin Songwriters’ Award, 2012)
I was going through a dark time, made darker and longer by the melodramatic maudlin songs I was writing. Suddenly this came out of nowhere, and it was a turning point for my life as well as my songwriting.

(Finalist, Roddy Read Memorial Songwriting Award, 2014)
Individual Americans are usually pretty awesome people, but – like Australians – if you put enough of them together things get a bit crazy. I couldn’t have written this after Trump: shit just got so much realler.

Oh, Americans
Clinging to their freedom like a lollipop
Getting high on the sugar while their teeth just rot
How did it begin? and tell me when will it stop?
Oh, Americans

Oh, Americans
Calling for the government to leave ’em alone
Regulating vaginas ’til the cows come home
Where did it come from? and how far will they go?
Oh, Americans

It rings for you, America
Your voice has gotten louder and your stick’s still big
You’re blowing down the houses of the little pigs
That hole’ll just get deeper for as long as you dig
Oh, America

(Finalist, Roddy Read Memorial Songwriting Award, 2011)
Government authorities are often almost as alienated from the people they serve as people are from the environment they live in. Put them both together – say, at a public forum on the Murray–Darling Basin Plan – and the threat of violence can be palpable.

I went to the railway station
I got on a train
I didn’t bring my coat because it didn’t look like rain
Looking out the window at my life go rushing by
Why?

I got to the city
And I got on a tram
Clutching in my leather satchel the River Basin Plan
Looking out the window
At the people rushing past, oblivious
(well, if you have to ask…)

I worked hard all my life
I don’t have everything I need
It’s a working river
With 20 million mouths to feed
And I’ve got a few of my own
All those people in the city
They just want it to look pretty
Can’t you see the irony?

(Finalist, Darebin Songwriters’ Award, 2011)
I read a blog post about the value of a great opening line in a song lyric. I immediately thought of one of my favourite opening lines, and it somehow inspired this song about the terrible things that go on behind closed doors.

Every time it’s over and done
Emily cries
But not a tear comes out
And there’s not a sound, just a heart unwound
Emily tries to know where to run
Every time
But there is another side
He’s her father, Christ, and he also cries

Most of the time you couldn’t pick her from a crowd
Of bloody teenagers at large
Drinking cheap wine in the park
And even if you passed her on the bridge well after dark
You might not feel her broken spirit
As she looks across the railing to the water, and she can’t decide

(Finalist, Roddy Read Memorial Songwriting Award, 2013)
A band playing at the Queenscliff Music Festival sang that phrase in one of their songs and it got stuck in my head. I riffed on it for a while and ended up with this.

(Finalist, Roddy Read Memorial Songwriting Award, 2009)
I played a part in producing propaganda. It was a small part, and it was for a good cause; but it was still propaganda, and I felt bad about it.

Finalist, Roddy Read Memorial Songwriting Award, 2016 After listening to a radio discussion on evolutionary psychology, I tried to write a silly ditty about it – but ended up with a heartfelt ballad about our innermost heartaches and fears.

What's the evolutionary purpose
Of loving someone if they don’t love you?
Is the hunter more ferocious with a broken heart?
Does the gatherer gather more stuff
When they're feeling kind of rough?
Does it make ’em kinda tough?
I don't know

What's the sociological explanation
For making the same mistake over again?
Do you need a bunch of people who are always wrong?
To let the good ideas see the light
Think of bicycles and flight
Facebook, Instagram, and Skype
I don't know

What's the psychological motivation
For saying something stupid at the very worst time?
Do we need to verify that we are truly loved?
By being the biggest arsehole we can be
And then waiting round to see
If we still have indemnity
I don't know

What's the evolutionary purpose
Of loving someone if they don’t love you?

Good to See You and Watershed were semi-finalists in the Darebin Songwriters’ Award in 2009 and 2010 respectively. These can be found on The Phosphenes’ 2013 album Halflight.