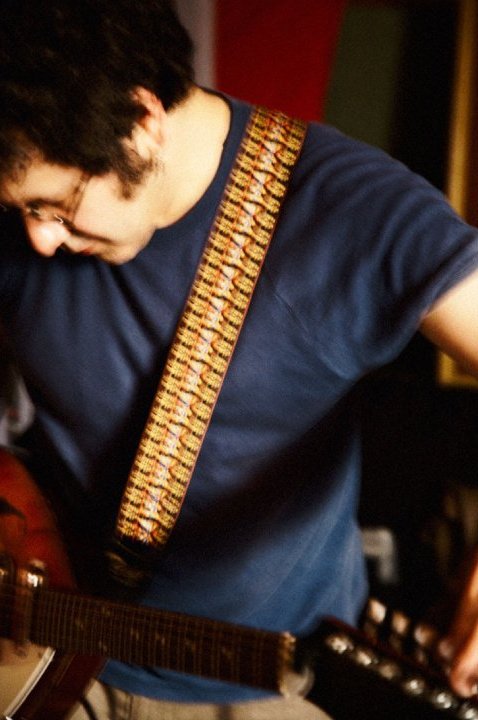 Dean has been writing stories and poems and songs for longer than he can remember and experimented with all sorts of musical instruments throughout his childhood befroe settling on bass and guitar as a teenager. He cut his teeth in originals bands, cover bands and as a dedicated busker and barroom performer in the 1980s and ’90s, performing solo and with numerous partners in crime including Michael Zuegn, Nigel Cavalier, Michelle Fisher, Flaya Barile and Phill Kolev. In 1995 Dean formed folk-pop outfit Wild Honey with Phil Hudson and Kate Eve (joined later by Michael Stephenson). The enthusiasm of Wild Honey‘s small but devoted following for Dean‘s, Kate‘s and Phil‘s sentenced them all to life as musicians and songwriters.

Following Wild Honey‘s demise in 1998, Dean and Kate formed the shortlived Black Sheep with former Shadowlands drummer Dave Waterworth. By 1999 Dean was bandless but still active, guesting (on guitar, harmonica and vocals) on solo recordings by Kate Eve and Kate Judith when not busking or delivering singing telegrams.

Toward the end of 2000 Dean formed pop-rock outfit Separation Street with Victoria Bramall (guitar/vocals), Joe Saitta (sax), Isabelle Kenny (bass) and Grant Watkins (drums). Numerous personnel changes, aborted and finally completed albums, and name changes (Dogma‘s Breakfast, Half, Chapter 11) followed, but The Phosphenes have stood the test of time, leaping into and disappearing from the Melbourne music scene according to the whims and focus of their members.

Concurrently with The Phosphenes, Dean has played with a number of bands including Cousin Dad, Cowboy X, and The Falling Sky, as well as guesting with The Fish John West Reject and the Reservoir Frogs; but now is increasingly active as a solo performer. He is also a co-convenor of and occasional performer at the Darebin Songwriters Guild and runs the weekly open mic at the Dancing Dog Café.